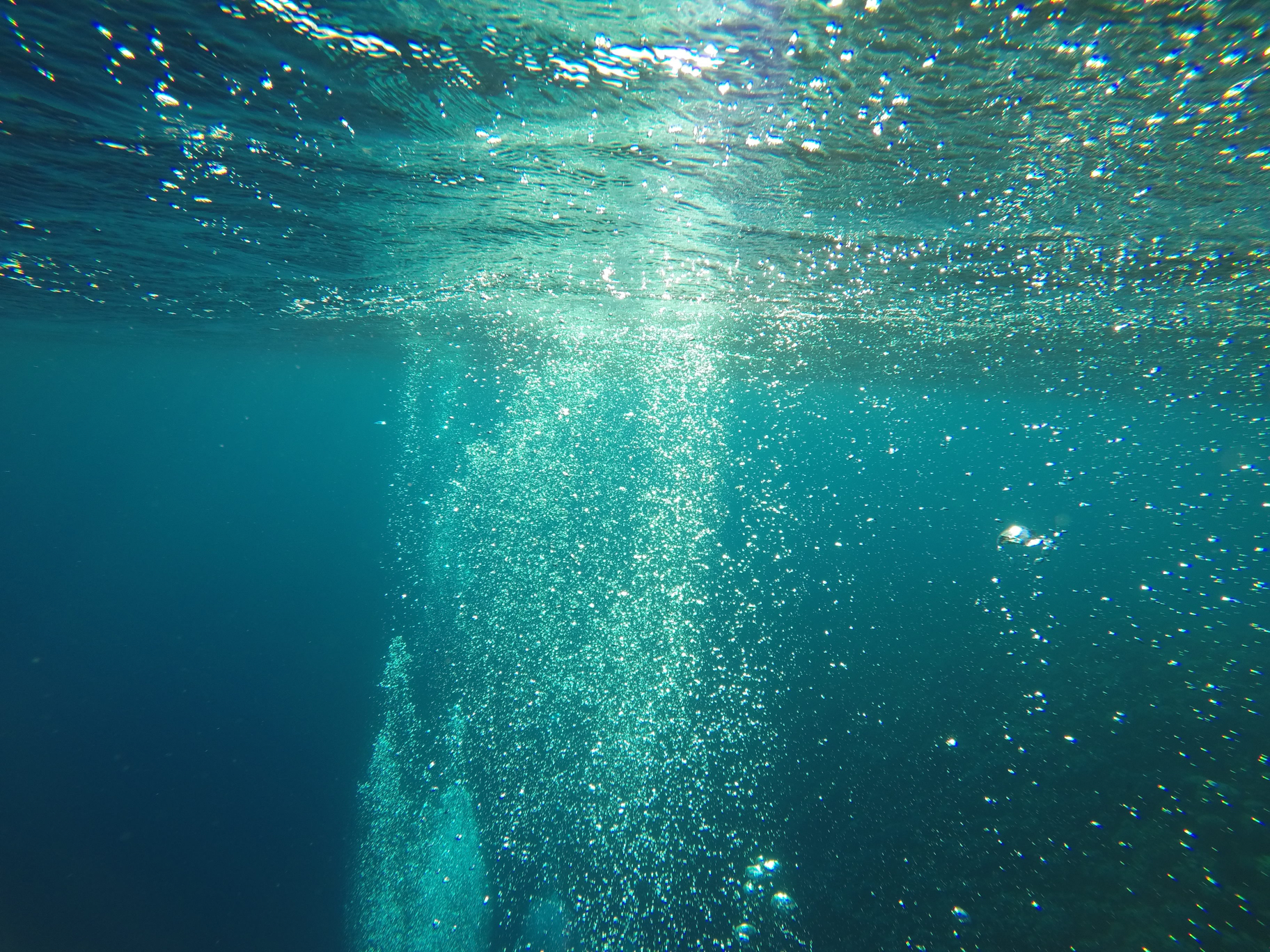 Important Elements of the Full Moon in Pisces 2021

Think about which House Pisces represents in your chart, the themes of that House, and how those issues have come to a place of completion now. Also take time to imagine where you want to be with this come next March.

Pisces Decan 3, The 10 of Cups: Lord of Satiety

This portion of Pisces is related to the 10 of Cups card in the Tarot, Lord of Perfected Success, which is ruled by Mars. Mars is the ruler by both the Chaldean method and the Triplicity method of decan rulership. This is the spot in the Zodiac that ends and begins it all: the totality point is Spring Equinox and 0° Aries.

As the height of emotional fulfillment, the 10 of Cups represents emotional security. Ruled by passionate and driven Mars, this is the moment when our innermost desires are realized. It goes beyond wish fulfillment and general happiness (the 9 of Cups). It is the emotional contentment of the soul when it has realized its journey and it is Love that is true, pure, and unconditional.

Romantic Neptune is within the bounds of this decan from February 2021 until 2026. During this whole time, we’re experiencing things that tell us what our Soul is really hungry for, beyond what we think we should want or need. The Full Moon in September, from the seeds of the New Moon in March, serves as an emblem of that thing that we hunger for.

Look at any clues in the way energies are building up in your life at this particular moment for an idea of what your Soul is asking of you. What would true Satiety look like? Now is the time to imagine it.

To get an understanding of the role that Neptune plays for being co-present with this Full Moon, look at the overall journey of Neptune in Pisces. It’s a story told in 3 acts that impacts every one of us on an individual level.

Neptune first entered Pisces in April 2011. This first section of Pisces is ruled by Saturn, represented by the 8 of Cups, the Lord of Indolence. We began by leaving behind an emotionally draining situation to pursue a more solitary path toward spiritual self-understanding and letting go.

This part of Pisces is represented by the 9 of Cups, the so-called “wish-fulfillment” card; and it’s true. While not all things under its domain are “happy,” the Lord of Happiness offers a kind of emotional satisfaction. The way that this is usually depicted in the imagery is of a smug-looking man who has had many drinks, representing a temporary state of happiness and fulfillment.

This is the section that is highlighted by the Full Moon in the late degrees of Pisces in September 2021. A family celebrates their emotional security and the realization of their desire for union. This is all about the story we initiated in 2011 when Neptune first ingressed into the ethereal, romantic realm of Pisces. This third decan is about the spiritual fulfilment of our innermost desires.

As you can tell from the dates listed below, we still have a few years to finish rolling out this story.

Mercury Retrograde in Libra will begin about a week after the Full Moon, stationing at 25° 28′ on September 26. Mercury will be Retrograde until October 18, when he stations direct at 10° 07′.

Hermes has a hand to play in the Full Moon, forming an exact trine to the ruler of Pisces, Jupiter. This is fortunate, for we may already be starting to feel that he’s up to some tricks, but a positive aspect with Jupiter may provide us with a bit of Mercurial good luck. This aspect repeats on October 3 and on Halloween night.

Mercury also squares Pluto, however, showing that there is some deep, dark material to start pondering over here. And Mercury is surely about to get into it. The Mercury-Pluto square is a 3-parter, hitting again on October 1 and November 2.

Stationing Saturn Rules the Chart of the Full Moon in Pisces

Saturn rules the chart of the Full Moon in Pisces with Aquarius rising. This draws attention to the fact that Saturn will have his day in the spotlight soon when he stations direct on October 10, 2021.

Timekeeper Saturn has been exploring 6-14° of the fixed signs (Taurus, Leo, Scorpio, and Aquarius). If you have important placements here, October 10 will be an important date for you to watch for.

Mars perfects a trine to the North Node of future directions during the Full Moon. This can help galvanize us to work hard under pressure in order to grow. It also echoes the Mars-ruled card of the 10 of Cups, because both of these energies want us to share and harmonize with the group or with our “family.”

Saturn has been trine the growth-oriented North Node for a while now; exact on April 9, 2021. With Mars entering the equation, that creates a Grand Air Trine in the sky between Saturn Retrograde in Aquarius, Mars in Libra, and the North Node in Gemini.

Air element brings people together through ideas, conversation, and writing, stimulating the need to be sociable and share. We saw another Grand Air Trine during the second Full Moon in Aquarius this year as Venus passed through Libra. Now with more emphasis beginning to be placed on Libra, we’ll see even more subject matter concerning relationships, balance, fairness, and decision-making.

A cooperative trine between Mars & Saturn motivates us to take action on our ideas and work hard to achieve results. Energy from warrior Mars flows and is easier to harness when we add a container from Saturn. Kronos helps channel and direct the brute force of Mars in more disciplined ways.

Mars in Libra will force us to address imbalances in our relationships by alerting us to the urgency of our own wants and needs when pitted against that of the other person. The Sun will pass through here as well, trining the North Node on September 26 and Saturn on the 29th.

The Sun enters Libra on September 22 until October 22. During his time here, he will trine the North Node, Saturn and Jupiter, oppose Chiron, conjoin Mars, and square Pluto.

The beginning of Libra season will quickly give way to the beginning of Mercury Retrograde in Libra, from September 26 until October 18. Needless to say, there is a lot of Libra energy in the air. Mars also begins a new planetary cycle on October 7th when he meets up with the Sun in Libra. This catalyzes the New Moon in Libra of the day before.

Pluto stations direct during the New Moon in Libra on October 6 (affecting 24° – 27° Capricorn and other cardinal signs Aries, Cancer, and Libra). This is followed by Jupiter on October 17 (22° Aquarius – 2° Pisces), and Mercury on October 18.

With all of these planetary stations happening in October, we may feel an increasing sense of understanding as we unconsciously process what we’ve learned over the past several months. Events may take on greater importance around the days that these planets station, especially if we have placements in the degree range of their Retrogrades.

The Beginning of a New Mars Cycle

A brand new Mars cycle begins on October 7th as he conjoins the Sun in Libra at 15° 05′.

Just like the Moon, each planet has its own relationship to the Sun and New Moon / Full Moon equivalent phases. Mars is our drive, passion, energy, and individual will. A new Mars cycle begins a journey toward achievement, individuation, and empowerment.

The Sun enters the Grand Air Trine with Saturn and the North Node at this time. Sun and Mars are together, opposing Chiron and jabbing at our old wounds, just in time for us to be extra sensitive about it. With the Moon in emotionally aware Cancer, squaring Chiron, we’re feeling all the things. This is about the time of Mercury Retrograde square Pluto, foreshadowing the fact that the next Lunar cycle is all about Pluto, bringer of change.

The next New Moon falls at 13° 24′ Libra. Shortly after the New Moon, Luna will square hard-hitter Pluto. Not only this, but it’s happening at the same time that Pluto stations Direct. This means that this Lunation in particular will be important to people impacted by Pluto’s Retrograde: anyone who has placements between 24-27° Aries, Cancer, Libra, or Capricorn.

The New Moon is also conjunct fierce Mars, happening in tandem with Mars’ superior conjunction with the Sun, and Mercury Retrograde. Wounded Chiron sits opposite, promising ruffled feathers. This should be a feisty Dark Moon, to put it lightly.

As if to highlight the importance of Pluto stationing direct on the New Moon, our First Quarter check-in date sees the Moon conjunct Pluto in ambitious Capricorn.

This Full Moon will be at 27° 26′ Aries. The Moon opposes Mars while Mercury, newly finished with his Retrograde, opposes injured Chiron. During the Mars-ruled Lunation, Mars squares transformative Pluto and the intense vibes continue.

The Last Quarter Moon does not let up on the pressure, entering a T-square with Saturn. The release valve for this T-square is the current position of one wild-card Uranus. The compressing force and build-up of intense energies can make us want to break free or do something completely different. Pay attention to which House Uranus in transiting in your chart (Taurus).

Venus will be in brooding Scorpio until October 7. At that point she trades her Scorpionic armor for a bow and arrow, setting her sights on something more idealistic. The planet of love and friendship will be in optimistic and impulsive Sagittarius until November 5.

Scorpio season runs from October 22 until November 21 this year.

During this time, the Sun will square Saturn & Jupiter, oppose Uranus, trine Neptune, and sextile Pluto.

Mars will be in his home sign of Scorpio from the day before Halloween until December 13.