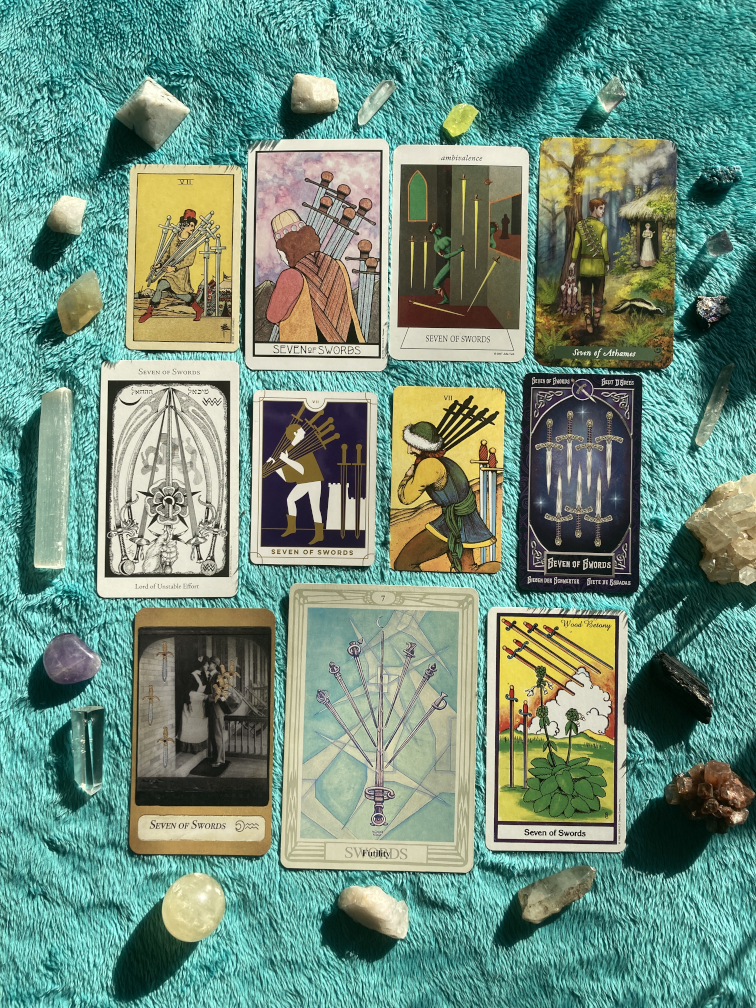 Questions to ask on the New Moon:

Think about what House Aquarius rules in your chart. What are the themes of this House? Then consider where you want to be concerning these areas of your life by the end of July. This can help you start to think about logistics, especially since this Moon is all about scheming and laying out your agenda.

The New Moon occurs just four hours after a favorable Venus-Jupiter conjunction. This can give the New Moon a positive boost and start us off with a bit of luck.

One thing to consider, though, is that Venus & Jupiter are hidden now under the beams of the Sun (within 8-17°). This makes their effects more indirect and subliminal than they might otherwise be.

The last Venus-Jupiter conjunction was in Sagittarius on November 24, 2019 and the next one will be conjunct Neptune in Pisces on April 30, 2022.

The Sun & Moon renew themselves together with Mercury Retrograde, Venus, Jupiter, & Saturn in Aquarius. This conglomeration of energies in Aquarius puts a definitive focus on this area of our charts and on the themes of the sign Aquarius.

Disciplined Saturn as the ruler of Aquarius plays host to all of these planets. As he’s in his own sign, operating as if in his own home, he has what we call essential dignity. This strengthens Saturn. We can lean on the positive Saturn traits of being responsible, diligent, and capable.

While Saturn in Capricorn deals with systems and structures, Saturn in Aquarius goes beyond the known to bring something of value back to the collective. This is the strength of Saturn to be a lone operator when needed, to stand apart from the crowd in order to respect his own truth and code of honor.

We discussed the decans of Aquarius briefly in the February monthly forecast, where I talked about the stellium of planets passing through this sign as well as Mercury Retrograde. But I’d like to go a little bit more in depth here specifically about the third decan of Aquarius to help us work with the energy of this New Moon.

3rd Decan of Aquarius: The 7 of Swords

In the Minor Arcana of the Tarot, the third face of Aquarius is represented by the 7 of Swords. The esoteric name for this card is the Lord of Futility or Unstable Effort. Let’s dig in to the meaning of this card and the third section of Aquarius.

Numerologically, the month of February is ruled by the number Seven. Seven implies a solitary path, sagacity, and self understanding. Seven as an energy is analytical, studious, and observant. This can be a month of many insights and revelations, especially with Mercury Retrograde in the mix. It’s best to quietly observe and think strategically rather than take direct action right now.

In the overall story told from the Ace through the 10 of each suit, the 7 represents a stage of risk-taking, decision-making, & problem-solving. Usually there are a lot of options or possibilities involved when you draw the 7. It’s a fork in the road. We might have to take a chance or try something new, perhaps something outside of our comfort zone.

Just like the number 7 in numerology, the number 7 in the Tarot is about looking within. It’s an energy well-suited to the New Moon because it’s all about withdrawal and reflection. Understanding the way forward is a process. It will take patient observation for us to find our truth.

The Suit of Swords / Air Element

The suit of Swords represents the Air element in the Tarot: intelligence, thought, ideas, beliefs, & communication. It’s important to remember here that Swords correspond to the mind. This is the realm of mental activity, not direct action. We’re called on to strategize but keep our agenda to ourselves. Now is the time to plan ahead, juggle ideas, and consider the facts.

The Seven of Swords

A mischievous card, the 7 of Swords means that someone is acting alone and depending on their own cleverness to get by. In a sense the character in the card cannot rely on others. There is resistance implied by the man’s secretive action, appearing to steal away with a majority of Swords belonging to the camp.

The figure in the card is confident in his own ability to think his way out of a jam. This is about using our cunning intellect, planning a strategy and discovering the best tactics to use.

The Swords themselves represent ideas, thoughts, and beliefs. The fact that he has some but not all of the Swords says to us that we don’t have all of the information now. Something remains hidden or unknown, as it often does during the Dark of the Moon.

There’s a paradox here because Aquarius concerns himself with community, groups, society, the everyman & the collective, but at the same time he holds himself apart from all of that. Carrying so many Swords (thoughts/ideas) alone makes him ungrounded to the point where he can’t physically carry them all.

Futility & Unstable Effort refers to this fact that some but not all of the Swords have been taken. The man is incapable of doing it all by himself. Liber T describes this as an “inclination to lose when on the point of gaining, through not continuing the effort.”

We see this instability come in with the New Moon & Mercury Retrograde currently in a confrontational square with troublesome Mars. We need to do as much as we can mentally but remember to ground ourselves now, too.

We’re wise to keep our heads down and plan our strategy carefully instead of directly confronting any aggravating factors. By acting carefully and skillfully undercover like the figure in the card, we can avoid confrontations now. Focus instead on research and gathering intel.

Now is the time to get clear in your thinking and lay out your strategy for the next six months. Not knowing can always add some anxiety to the mix. Take a good look at the information you do possess. More will come to light after Mercury stations Direct on February 20.