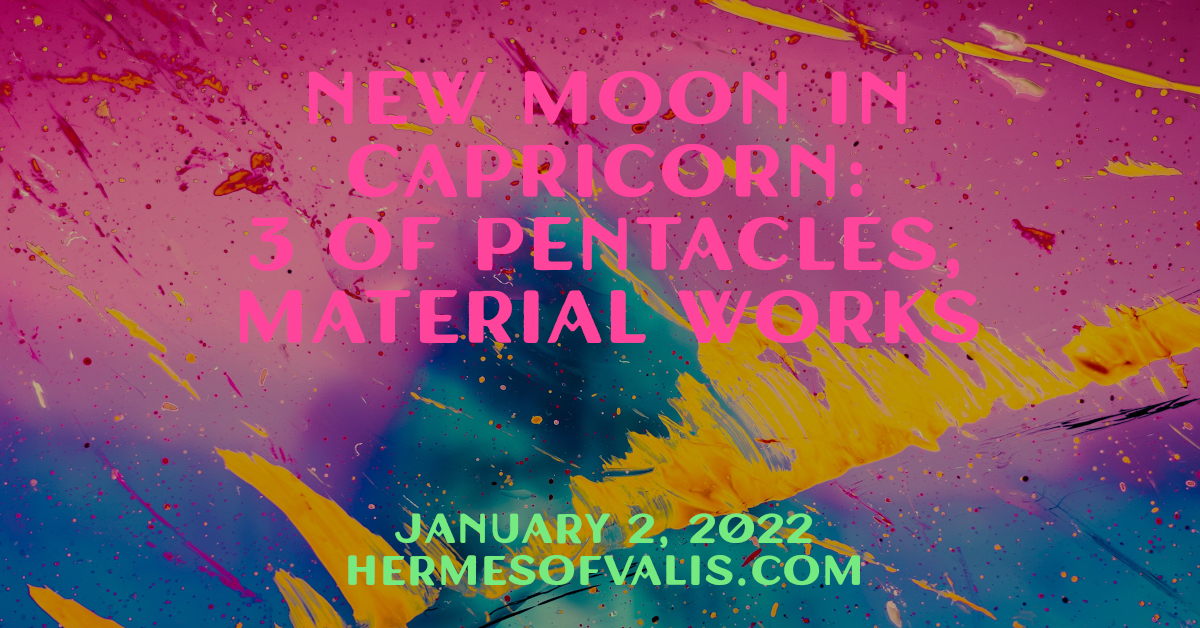 The first New Moon of the year is on January 2 in Capricorn (at 12° 20′, falling in the middle decan). The Tarot card for this Moon is the 3 of Pentacles, Lord of Material Works.

With Jupiter having just ingressed into Pisces on December 28th, he now sits at the South Node bending, in a 90° square to the karmic lunar nodes. During this lunar cycle he will encourage and support our soul growth by helping us release the past. His position in the first decan of Pisces tells a story of moving away from a difficult situation, seeking a spiritual solo journey that moves us away from stagnation.

There is a strong emphasis on Earth element energy as we begin the new year. The New Moon examines the same territory as Venus Retrograde which will be a dominant factor this month. This energy harmonizes with Uranus in Taurus, who will station Direct shortly, tying into a larger theme of change we’ve been experiencing since 2018-19.